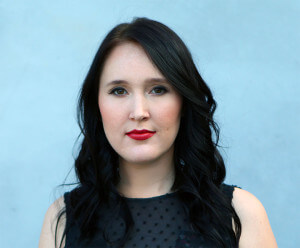 Amanda Hosler is a Costume Designer for television, music videos, commercials, and film. Specializing in costume fabrication, past work includes costumes for NVIDIA, Atari, and Technical Illusions, specialty fabrication at Frontline Design, and a host of features, short films, and music videos where she designed and fabricated their wardrobes. She has also previously been a teacher at SCROC in Fashion Design. Currently, she heads up the Costume Department at Maker Studios, a Walt Disney Company, where she runs a fabrication shop, a 3,000 piece inventory, and develops designs for commercial, music video, and YouTube production.